Bosko Hrnjak was born in Los Angeles 1963 and raised in Southern California's San Gabriel valley among its mid-century splendor. He received a B.F.A. in 1988 from Art Center College of Design in Pasadena, California.  In the mid 80’s Bosko began his quest; to revive a lost art form, to bring back Tiki as sculpture!  He was the first person to sculpt full size Tikis again, first to make Tiki ceramics (until the following century), first elaborate home bar and museum "The Kapu Tiki Room".  Designed and outfitted the first commercial Tiki bar in North America since the 1970’s, "Taboo Cove" in Las Vegas.  His works are cherished by collectors and in hundreds of commercial spaces all over the world.   Each piece is handmade by Bosko in his Southern California studios.

Bosko and his work have been featured in numerous books, newspaper and magazine articles - New York Times, U.S News and World report, Mono (Japan) and many more - radio and television interviews, documentaries and short films. Most recently a major feature documentary “Bosko and the rebirth of Tiki” debuted at a sold out Egyptian Theater in Hollywood. The film follows Bosko through his childhood in Los Angeles, education at Art Center College of Design and his unsung, pioneering work as the first individual to revive the lost art of carving Tikis, sculpting Tiki ceramics, building the first proper home Tiki bar and much more.


BOSKO'S BIO IN HIS OWN WORDS

From 1963 to 1976 my family moved four times, but always in the same area: Just off of Rosemead Blvd in Southern California's San Gabriel valley. From the back seat of my parents 64 Impala, I was amazed by the nightly drive past all of the mid-century Architectural landmarks; by day, peddling my bike, it seemed quite natural to see huge Tiki Gods, waterfalls, and volcanoes in front of A-frames. But by the mid 80's, when I started buying my own Tiki mugs, I realized there was something odd about seeing the Polynesian style transplanted to Southern California. Nevertheless, my attraction to it kept growing and growing, and when Sven Kirsten explained to me in 1992 that there was a California Tiki style -- at once modern, primitive and cartoonish -- it was like an epiphany; it all made sense. A couple of months later someone dumped a load of palm logs in a vacant lot down the road, and I took some home to carve Tiki stuff for my home bar. Two weeks later I had my first mask and pole designs (as seen in Tiki News #1). Soon after I decided I needed my own Tiki mug, so the ceramics came next; currently we're up to design #116 (not including the designs that were never released).  I have always held the forgotten masters in the highest regard, so it was an honor when, in the late 90's, Truus and I met Mr Westenhaver, creator of the legendary Witco furniture company. It turned out we had both attended Art Center School Of Design in Pasadena, although 40 years apart. Due to his advice and support I started my  burnt-wood carving style.
About Bosko's ceramics:

Bosko was the first person to bring back Tiki mugs as an art form way back in the early 90’s, years before anyone else (who are now on the Tiki band wagon) considered such a thing. His early direction was in fact inspired by Paul Gauguin's ceramics (who Sven Kirsten credits with the earliest inspiration for a “Tiki” vessel). Gauguin literally had his finger prints all over the work and he embraced “mistakes” it was all part of his process.  Bosko is not unlike him (and other great ceramicists) in that respect, he very much dislikes ceramics that have a perfect, ”machine-like” quality, he feels this is a craft carried out by human artisans, this is what makes the ”art” unique.  It’s apparent it’s not a mass produced import from China (for instance).

“Bosko and the rebirth of Tiki”

A documentary portrait of artist Bosko Hrnjak. The film follows Bosko through his childhood in Los Angeles, education at Art Center College of Design and his unsung, pioneering work as the first individual to revive the lost art of carving Tikis, sculpting Tiki ceramics, building the first proper home Tiki bar and much more.  Based on extensive interviews with Hrnjak and his wife and collaborator Truus De Groot, it contains further commentary from fellow Polynesian Pop luminaries such as legendary Disney Imagineer Rolly Crump, Jeff "Beachbum" Berry and Sven Kirsten. Much of what Polynesian Pop devotees take for granted today began with Hrnjak 30 years ago in Escondido.  And even the many who know his work have not yet heard his story.

The film is directed by Kurt Mattila ("Stuntman," and Peter Gabriel's "The Veil"), produced by Rob Wilson (Oliver Stone's "The Putin Interviews" and Jim Jarmusch's "Gimme Danger").  Recently the filmmakers won the Audience Award at the Los Angeles Film Festival for "Stuntman" the documentary they made immediately before "Bosko" and Dwayne "The Rock" Johnson and his company just came aboard as producers of "Stuntman,". 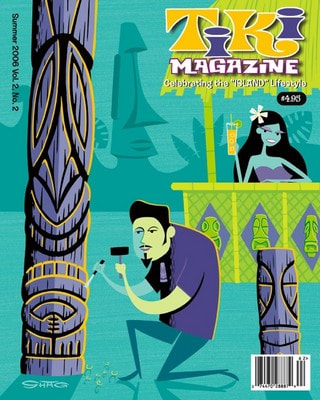 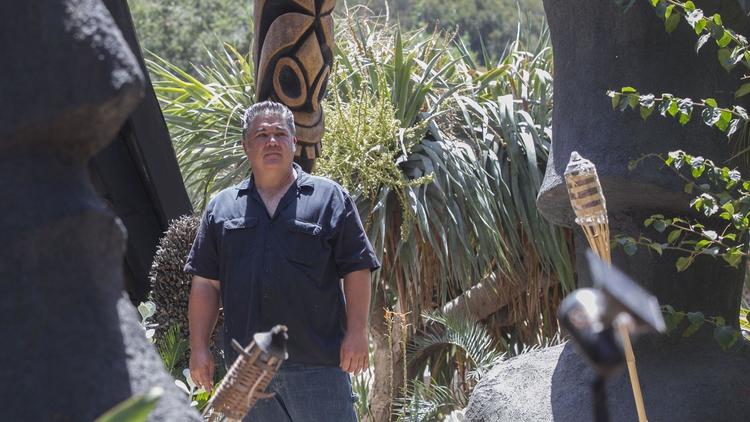